You will not want to miss out on this one night performance. The Texas Tenors are the most successful music group and third highest selling artist in the history of "America's Got Talent"! Since appearing on the show in 2009, JC, Marcus and John have released 4 studio albums, 2 PBS Specials, 4 DVDs, multiple singles and a children's book that have earned them impressive recognition including 3 Emmy Awards®, The Gelett Burgess Award for Excellence in Children's Literature and the distinction of being Billboard Magazine's 2019 #10 Classical Artist in the World. Their most recent albums "Rise" and "A Collection of Broadway and American Classics" both debuted at #1 on the Billboard Classical Chart.

These classically trained, versatile tenors have performed more than 1,400 concerts around the world including headline shows in Las Vegas, China and a 24-city tour on the United Kingdom. With several different live concerts including rousingly patriotic "Let Freedom Sing" and holiday favorite "Deep in the Heart of Christmas", their concerts appeal to all ages and have been wildly successful from performing arts centers, casinos and symphony halls to outdoor festivals and corporate events. In addition to collaborations with some of the most prestigious symphonies in the world including the Houston Symphony, Pittsburgh Symphony and The City of Prague Orchestra, The Texas Tenors have performed at The White House National Tree Lighting, Congressional Medal of Honor Ceremonies, numerous charity events, NBA games and The PBR World Finals in Las Vegas.

In 2019, they were honored to be included among the top 50 acts in the world and the only vocal group from the United States invited to compete on NBC’s primetime series "America’s Got Talent: The Champions."

Marcus Collins was born in a small town and began performing at the age of four. He first learned how to sing by emulating his favorite artists like Garth Brooks, George Michael and Freddie Mercury before training classically in college. Marcus has performed throughout the world on cruise ships and numerous stage productions including a performance in Times Square with the Broadway cast of Hairspray and Off-Broadway’s Altar Boyz as Matthew. Beyond music he has worked extensively as an actor with appearances in more than 100 episodes of network television and 25 films including "P.S. I Love You," "Semi-Pro," "Delirious," "30 Rock," "Sex and the City," recurring roles on "One Life To Live" and "As The World Turns" and a Guest VJ on MTV.

John Hagen has been described as, “astonishing, a superb tenor of deep musicality." He made his Lincoln Center debut in New York City in Teatro Grattacielo’s mounting of Mascagni’s Gulglielmo Ratcliff. Mr. Hagen created three tenor roles in the world premiere of The Lost Dauphane for Pamiro Opera airing on PBS. He has performed a vast array of operatic roles ranging from Alfredo in La Traviata, to the title role of Otello for Cleveland Opera on tour. Mr. Hagen is highly regarded for his performances of the Verdi Requiem and Beethoven’s Symphony No. 9, having performed these works with more than a dozen symphonies across the United States. He has received many awards throughout his career including finalist in the New Jersey Opera Association of Verismo Opera competition held at Carnegie Hall, Metropolitan Opera Auditions Regional Finalist and winner of numerous other competitions.

JC Fisher has entertained audiences around the world for the past 15 years. In high school, he had a passion for sports and also enjoyed singing in church. He discovered a deeper love for singing at Wichita State University where he earned his Bachelor’s Degree in Music. JC performed various roles including Rodolfo in La Boheme, Tamino in The Magic Flute, Ernesto in Don Pasquale, Henrick in A Little Night Music and even Miss America's duet partner at the 1997 Miss Kansas Pageant. After college, JC traveled to Lucca, Italy where he sang in the Puccini festival under the direction of acclaimed Italian maestro Lorenzo Malfatti. He then created a home base in Katy, TX before sailing the high seas aboard more than 75 cruise ships worldwide as a guest entertainer. This allowed JC to create a show featuring many different genres of music and world class arrangements, which eventually led to his idea of forming The Texas Tenors. After many years of traveling and concerts, his most memorable performance is still one from college where he found his future wife and mother of their three beautiful children.

Washington Pavilion Management, Inc. considers parents/guardians to be the best decision-makers on what is appropriate for their children and families. 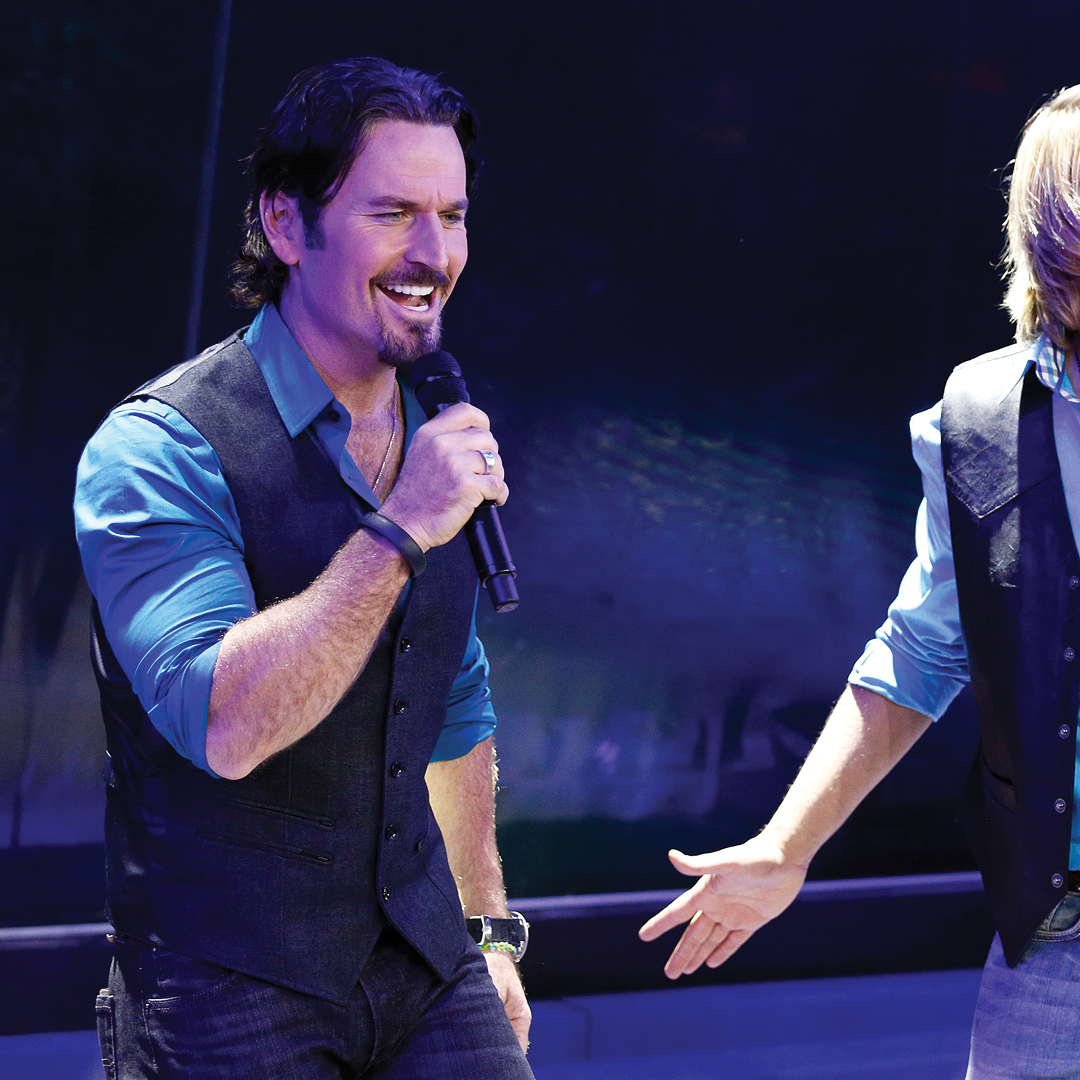 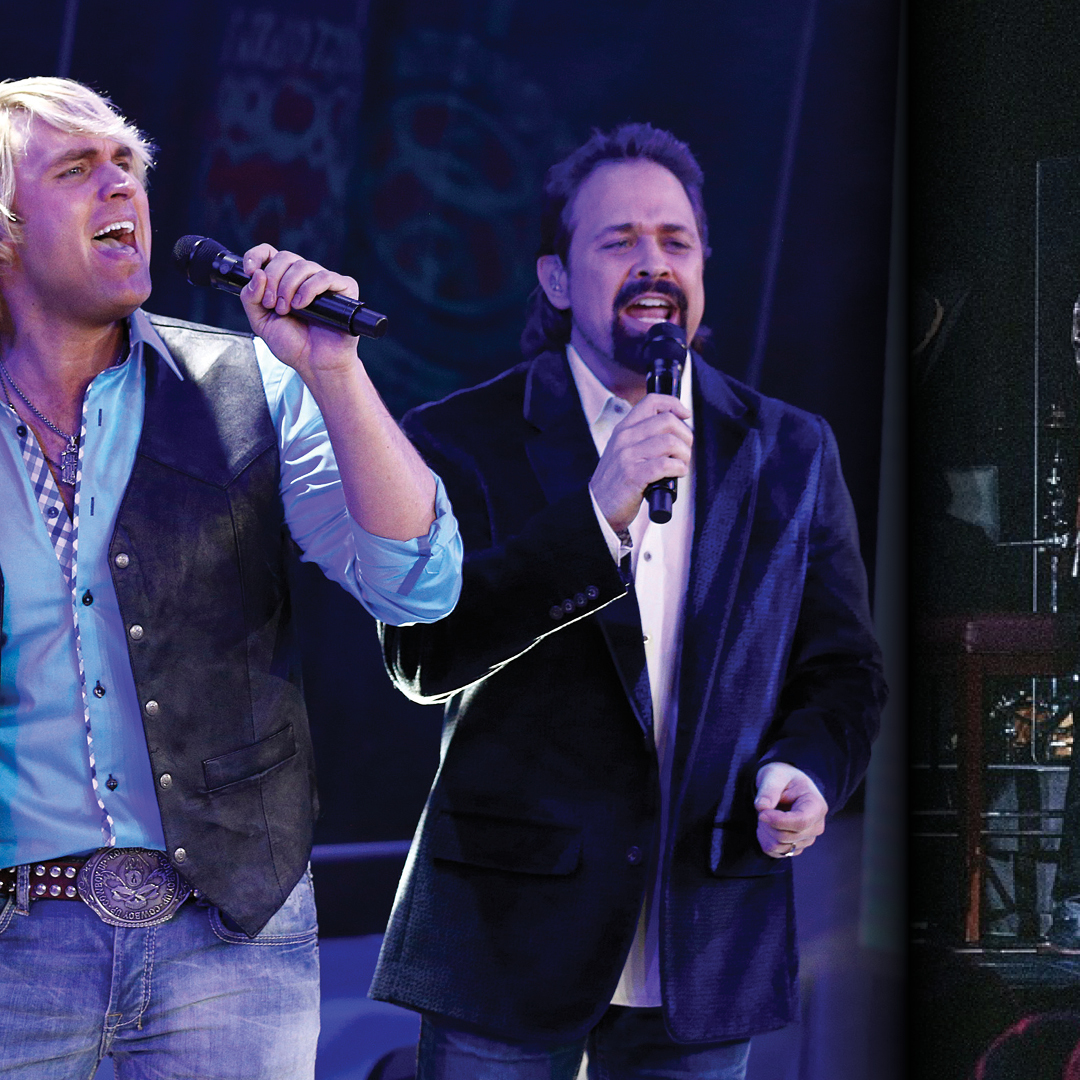 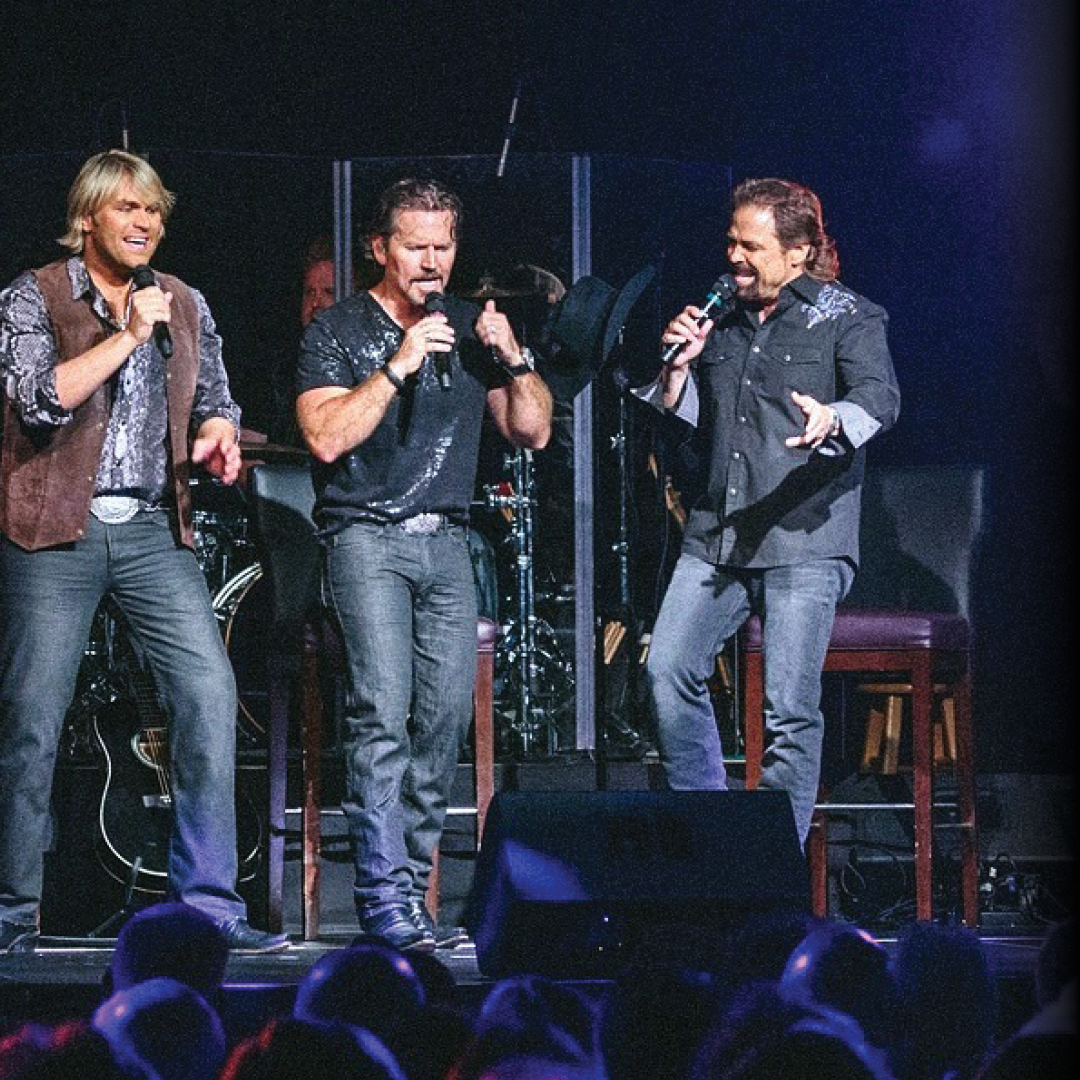 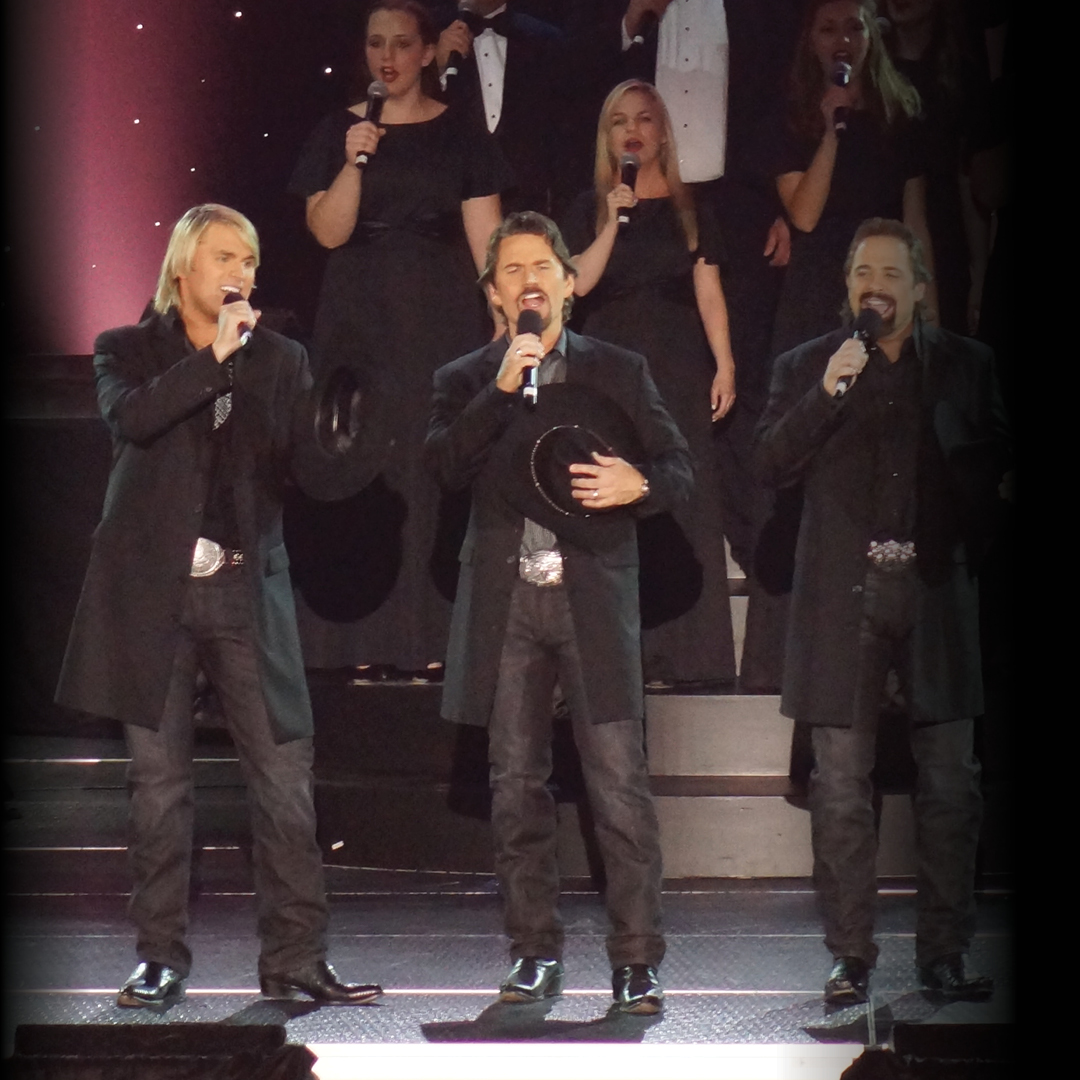 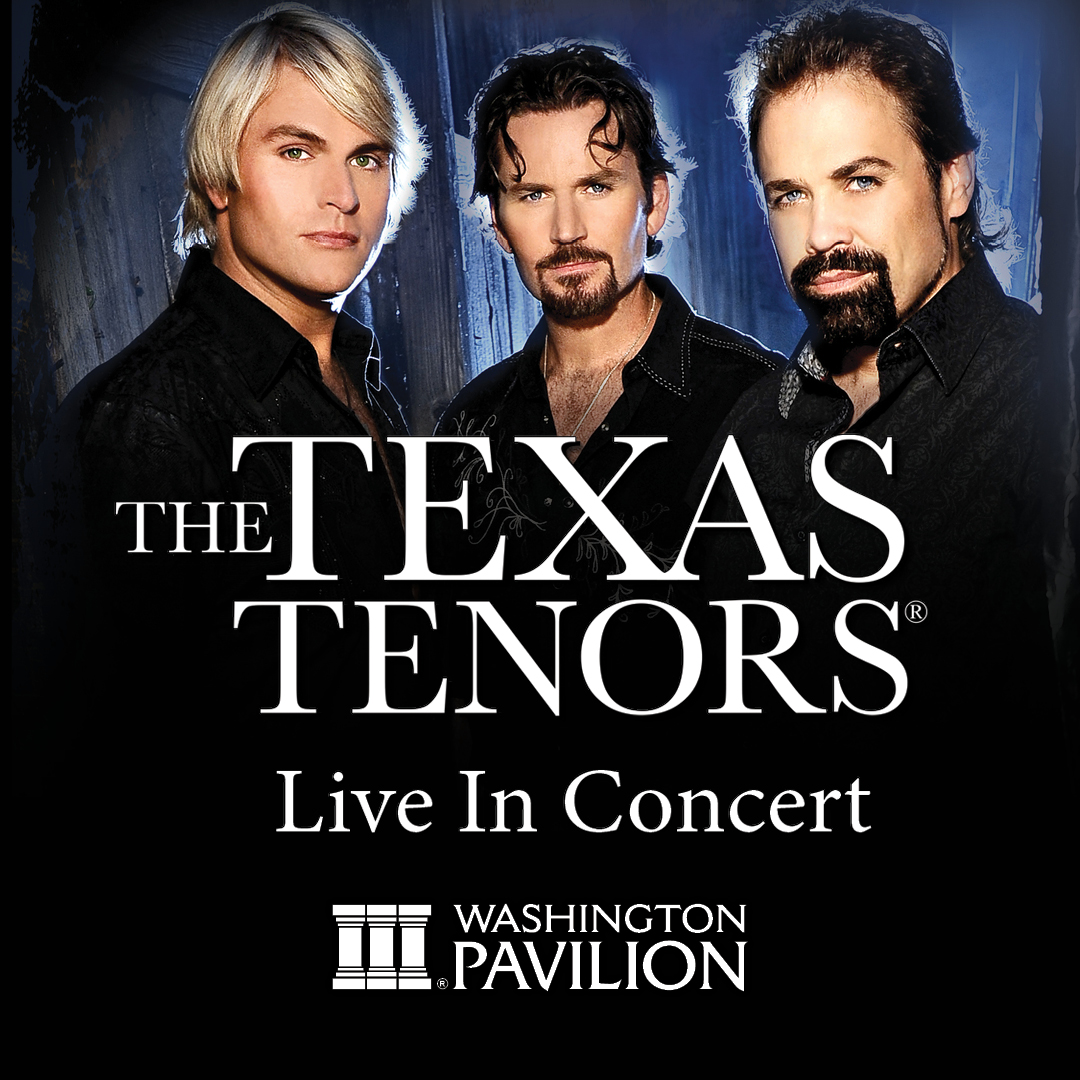